Models from and onwards omit the factory ID letter prefix. Pre productions also frequently omit the factory letter codes and appeared as all digits, e. There may be no factory designator for some and earlier models.


A single digit month of manufacture may occur for some and earlier models. The ranking number may consist of any number of digits.

Kalamazoo, Michigan Any help would be greatly appreciated thanks. Im pretty good at dating Epis. It's a string acoustic.

Apparently, the suggests that it's from This guitar doesn't have anything on the back of the headstock, only on the label through the soundhole. I am having no luck with the number at all. 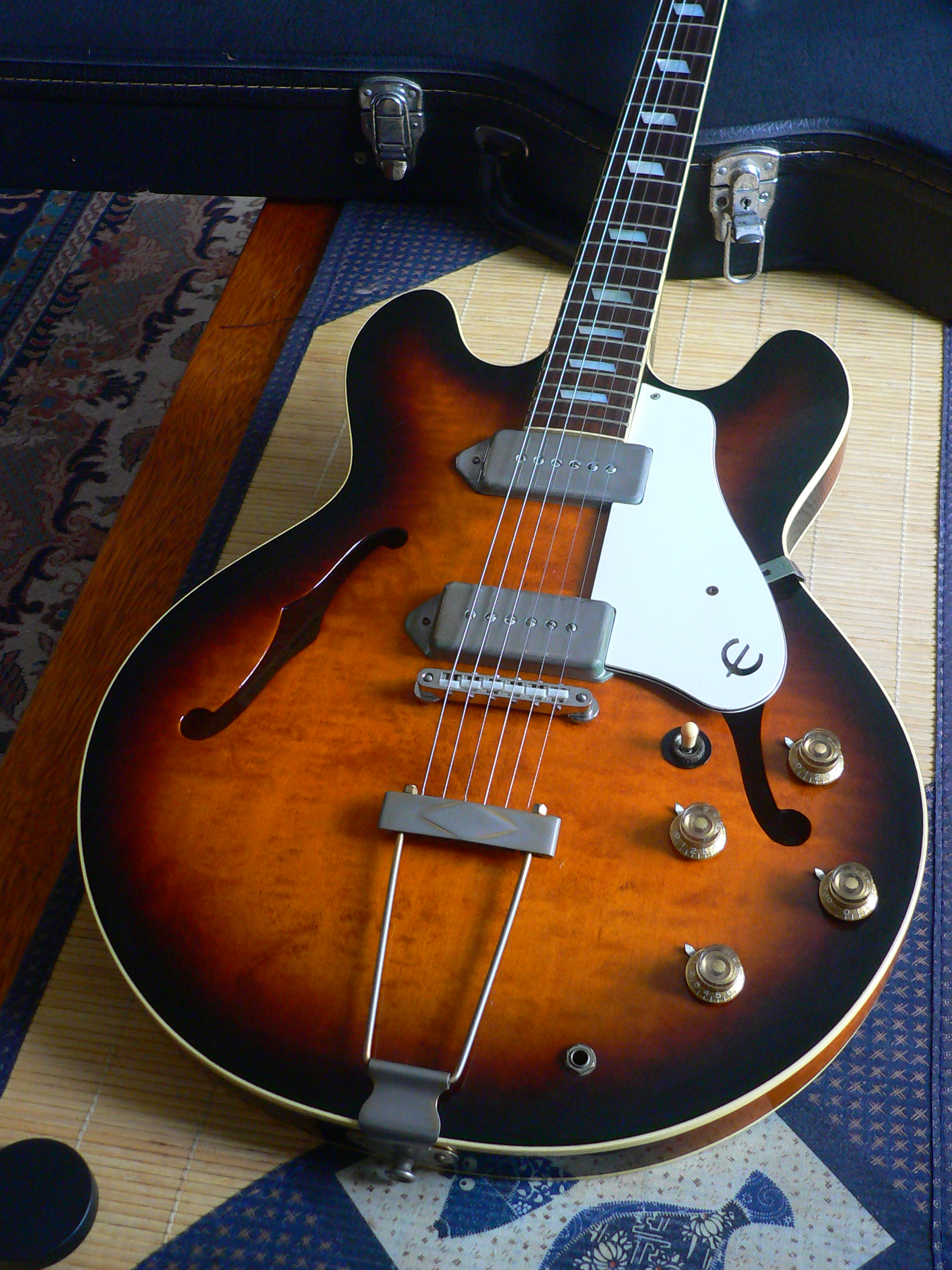 I suspect it may be a Japanese guitar. Not sure how many US made 12 string Epis were ever produced, although it's not out of the question that they would've slapped an Epi sticker on a Gibson The color of the label is key. Quoted from the Vintage Guitar Guy's site: They were made by Terada and usually have an Orange Epiphone label.

The early Japanese blue labels were left over from production at the Kalamazoo factory and were used on Japanese-made instruments until supplies ran out approximately These labels say "Union Made" in the lower left corner and are sometimes hand-stamped with "Made in Japan" at the bottom. Some of the interim blue lables had neither the "Union Made" nor "Made in Japan" markings on them.

When supplies ran out, these labels were replaced with a new batch that were printed "Made in Japan" in the lower right corner. Pre "Union Made" labels are distinguishable from labels used on Japanese intruments by the printed model name of the intrument only. The Lincolnwood label was also used for the Tawainese "Epi" series acoustic guitars from